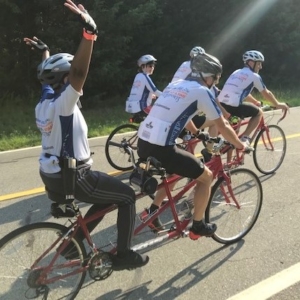 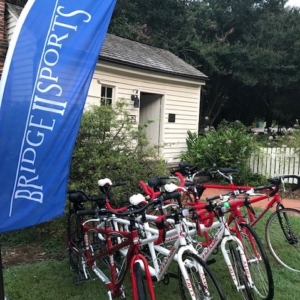 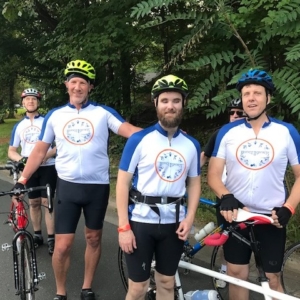 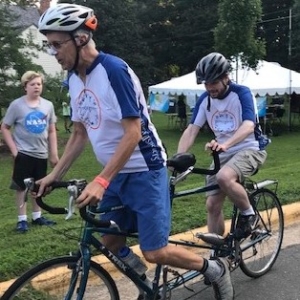 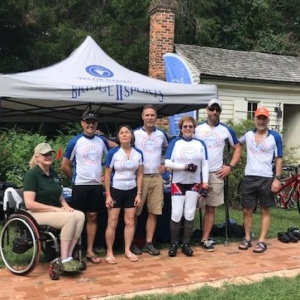 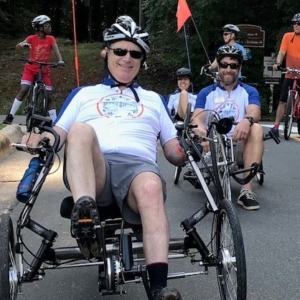 That about sums it up!

What a day for our adapted cycling athletes and volunteers at Carolina Tarwheels Bicycle Club Bike Fest on August 10!

Eight BIIS athletes stepped up to challenge themselves pushing beyond their limits in 62 mile, 35 mile and 7 mile rides through the Carolina countryside outside and around Hillsborough.

Six athletes with visual impairments paired up with their pilot to tandem cycle further than many ever had before.  All have been training during BIIS Cycling Saturdays this summer but Bike Fest far surpassed any rides they had done on the greenway.  Early jitters gave way quickly to the joy of cycling on a beautiful summer morning- all athletes completed the course- 2 going 62 miles and 4 finishing the 35 they set out to do.

Wes, BIIS Director of Programs, joined athletes Michelle, Bruce and his wife on the 7 mile ‘tour’ of Hillsborough- emphasis on ‘HILLS’!! Tough climbs, but great stories to tell after.  They took on the course in a handcycle and recumbents.

It was a true testament to the committment of our strong BIIS adapted cycling volunteers who have shown up through out the season building trust and camaraderie with their ‘stokers’.  Amazing to watch the communication and connection as they worked in sync supporting each other.  This could not happen without this team and their dedication.

Bike Fest is an annual event hosted by the Carolina Tarwheels Bicycle Club. This non-profit organizes weekly rides, promotes safe cycling and raises funds to support cycling programs. Bridge II Sports has been the proud recepient of generous donations from the Carolina Tarwheels and was invited this year to set up an information table at the race.
Ashley, Gloria and Brad met a lot of great cyclists in this community and several ‘future BIIS volunteers’! 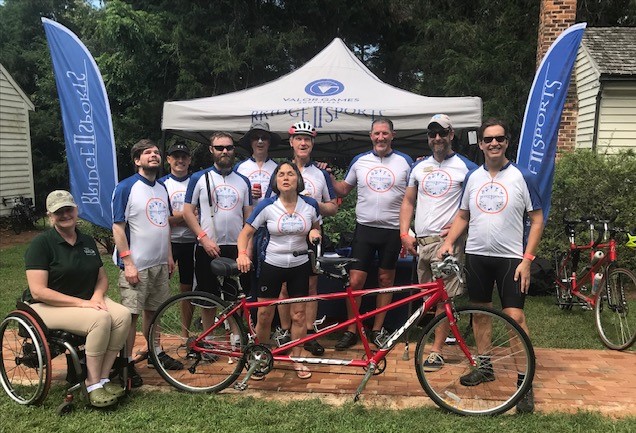 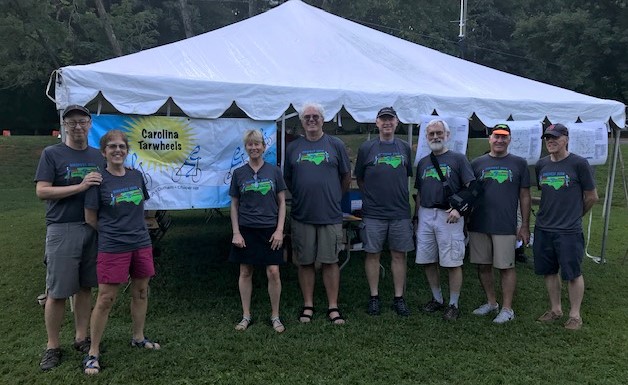