Years from now you can tell your grand kids about where you were the day Bridge II Sports won their first game EVER as Team PRIDE!

After a year building and growing, it was a monumental moment when Bridge II Sports put on their new uniforms and got back on the competition court for their first tournament of the season as The PRIDE at the Queen City Classic.

Seven players from our Prep Team (under 13), their families, and our coaches dedicated their weekend to travel to Rock Hill, South Carolina for a full weekend of wheelchair basketball action competing against teams from as far away as Florida. 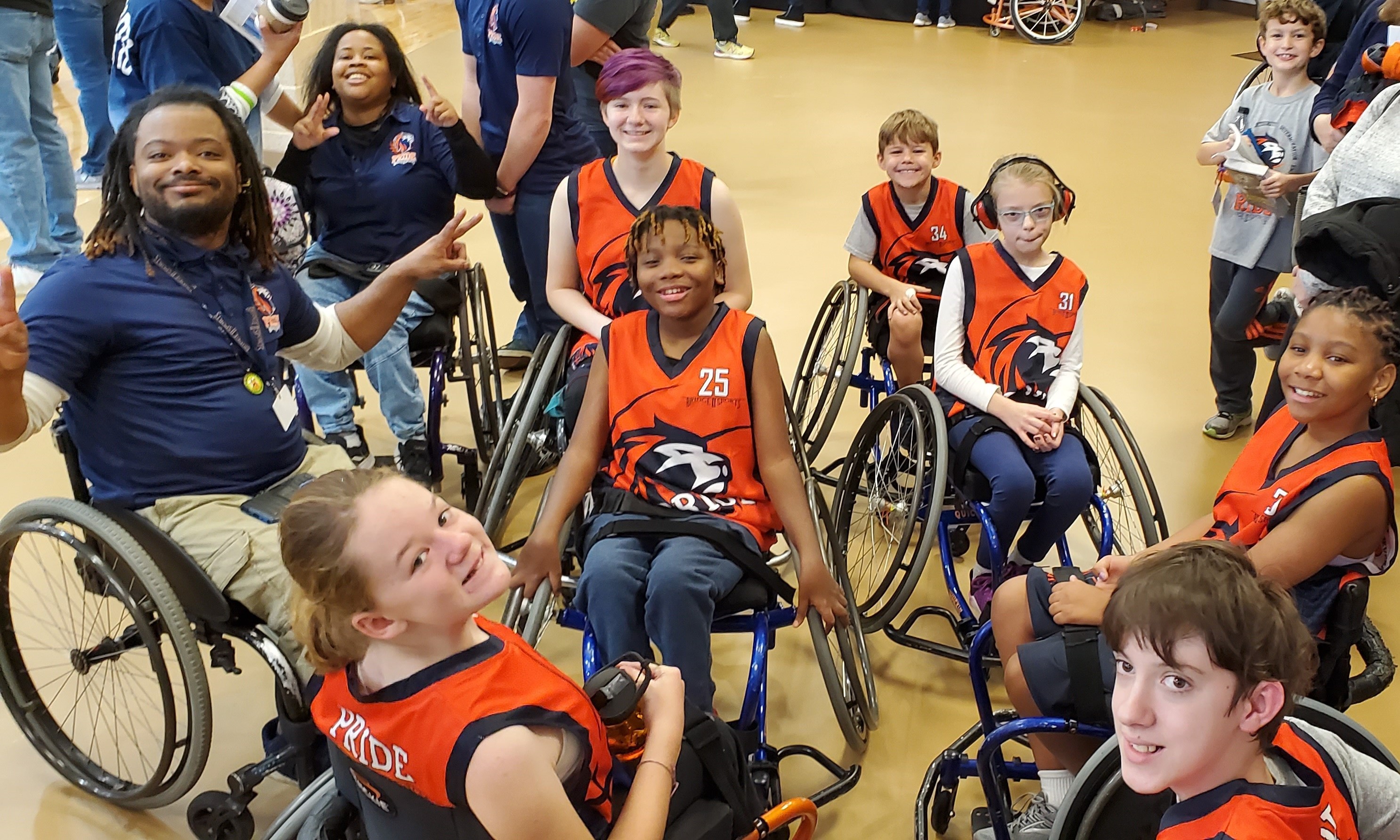 During their first two games on Saturday the team got a feel for tournament play — only two players on the team had ever played in an official game before!  They became more and more cohesive with every passing quarter, finding their groove, getting more aggressive on defense and finding opportunities on offense.

In an exciting 3rd game of the day the PRIDE put all the pieces together puling out the win 15-12 against an evenly matched Charlotte Rollin Hornets Prep Teal team!  All the players had to dig deep with a shortened bench– only two subs and then down to one when one player was not feeling well.  The smiles on the players’ exhausted faces after the hard-fought win were priceless!

The team came up short in their last game of the tournament on Sunday morning.  Team leader Jillian was awarded All-Tournament Team honors voted on by the other coaches for her positive play throughout the tournament.

Everyone– players, coaches, parents–  left energized after 2 days of being with over 100 other kids with disabilities meeting, competing and playing the sport they love.

It was amazing to watch players who just a year ago were afraid to catch the ball getting in the middle of the action and fighting for possession; or weren’t able to get their shots to the rim now sinking buckets.  Every player on the court was doing their part and learning how to play on a team and BE a team.  Lessons that only sports can provide.

As you can imagine, it requires a lot of resources to take advantage of these opportunties.  Your support of  Bridge II Sports make invaluable experiences possible for our athletes.

If you know a youth with a physical disability please come join our PRIDE family!
email programs@bridge2sports.org or call 866-880-2742 x4