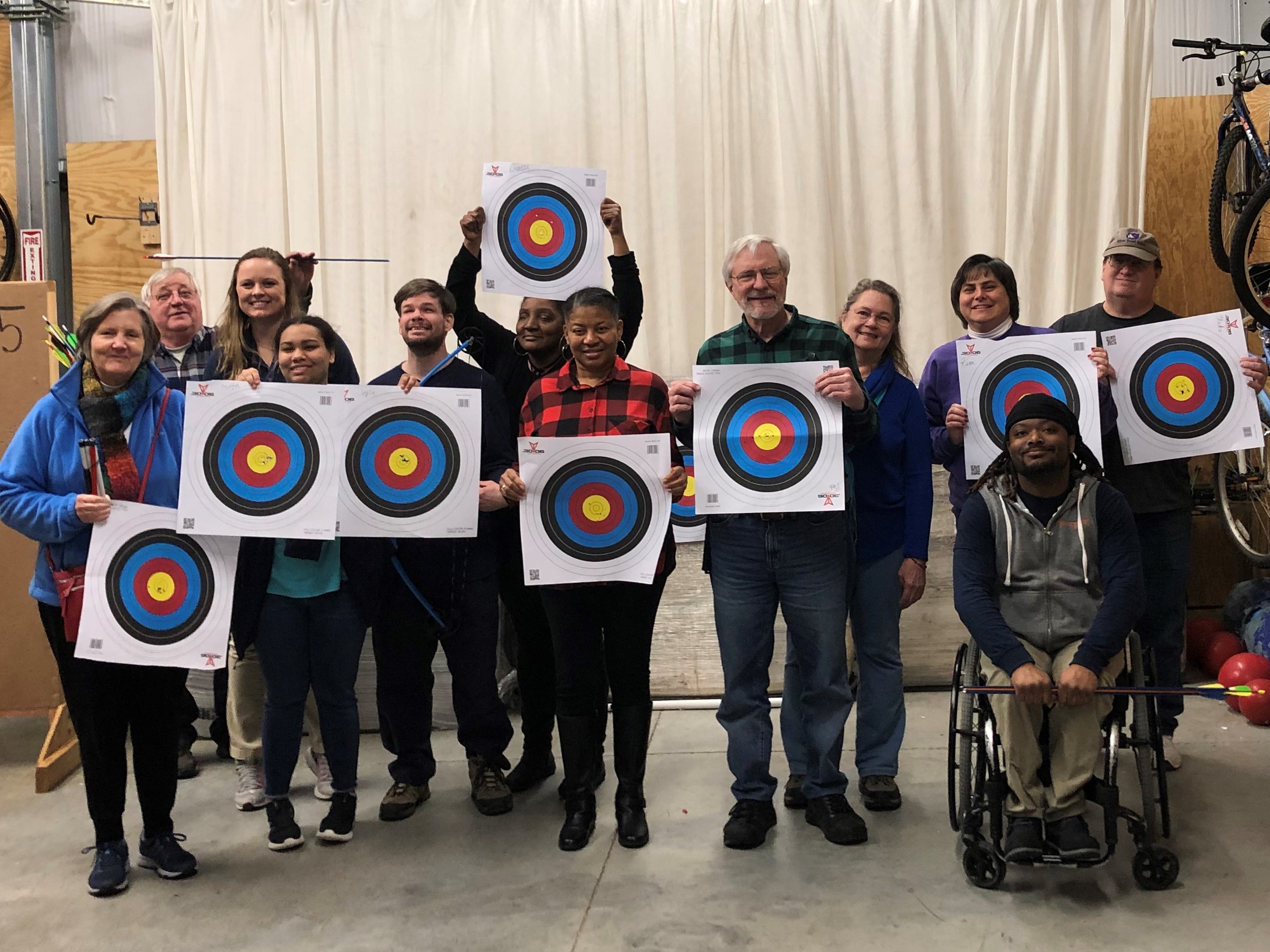 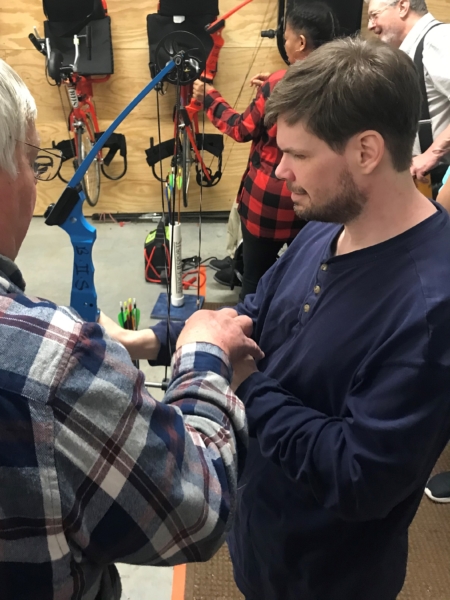 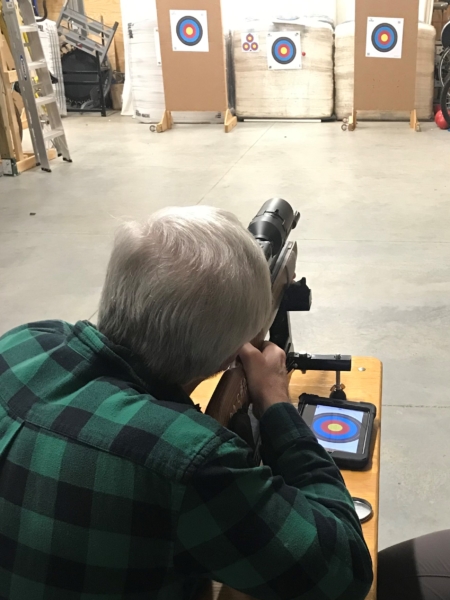 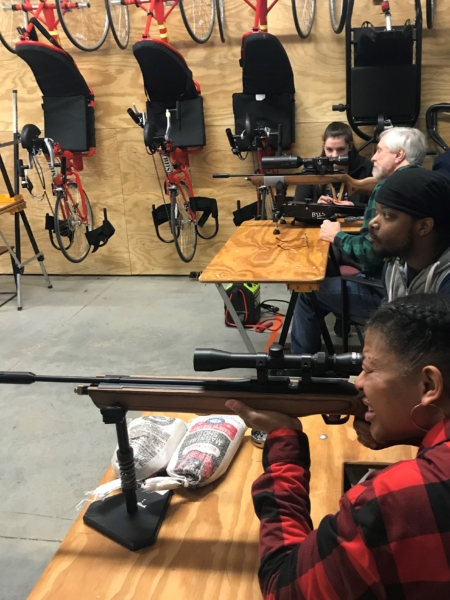 Something awesome was happening in our warehouse this past Saturday–seven athletes with visual impairments stepped up to the line to shoot air rifle and archery!

The affectionately named ‘Shot In The Dark’ was the idea of Kim, a Bridge II Sports athlete with a visual impairment. She was intrigued by the opportunity to try something new and wanted to introduce other members of her Vision Insights support group to adapted sports.

Bridge II Sports program staff and expert coaches worked individually with each participant to ‘challenge-solve’ their own way to shoot.

Several adaptations were used including larger colorful targets, verbal directional cues from staff,  and our ‘Super Scope’ (Coach Akeem’s name for it) that magnifies and projects the target on an iPad next to the athlete.

The most ingenious adaptation though was devised by coach John Book. He attached a ‘plumb bob’, a common tool used in carpentry and construction to create a vertical reference line, to the archery bow. When the bow was raised the shooter could feel when the line was straight and knew their arrow was pointing toward the target.

All participants found success…and the target! Plus many caught the bug of adapted sports and are eager to try other sports offered by Bridge II Sports including cycling, kayaking, hiking and goalball.

Big thanks goes out Kim for the idea and coaches, John, Mickey and Rex, for sharing their skills and Saturday morning with us.

You can help keep opportunities like this happening all year round!
Become a 360 Club Donor today  www.bridge2sports.org/360Club/