Show your support of
Davian ‘DJ’ Robinson
by sponsoring his road to the Paralympics! 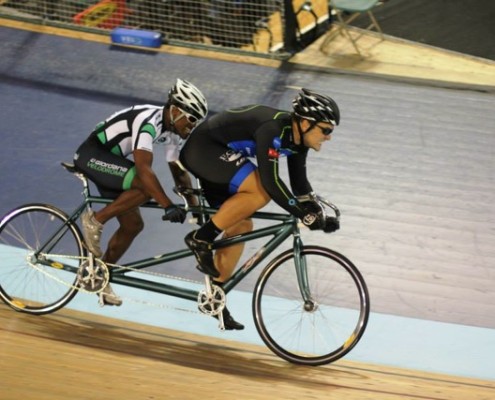 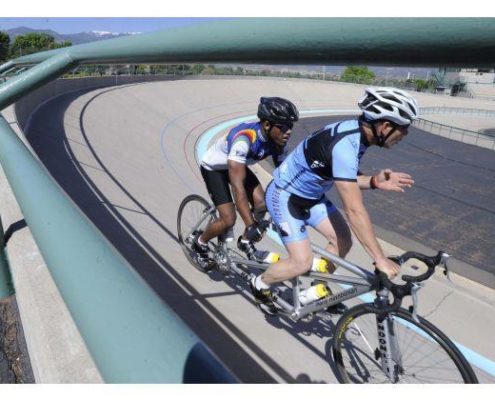 Davian ‘DJ’ Robinson is an extremely determined and goal driven young man both in life and in sport. He currently attends UNC-Charlotte where he maintains a 3.5 GPA working toward a degree in Exercise Science allowing him to work in the physical education and rehab field.

On his cycle DJ is ranked 4th in the nation in his class.  He is training and preparing to represent Team USA in national and world championships and, ultimately, compete in the 2020 Paralympic Games.

Did we mention DJ is legally blind?

At the age of 8 DJ began to lose his eyesight due to a condition called ROP. Seven years ago he came to Bridge II Sports and was introduced to tandem cycling…and he hasn’t stop riding since. In five years of competitive cycling, DJ has medaled in numerous regional and national events. He has established and manages his cycling crew Team Tandemonium and is responsible as the ‘stoker’ of the team in securing funding for his ‘pilot’.

Your donation and support helps DJ in reaching international competition and pedaling closer and closer to his goal of Paralympic gold. 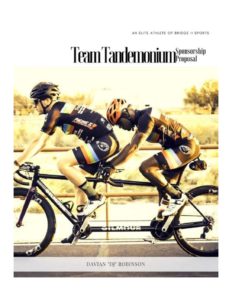