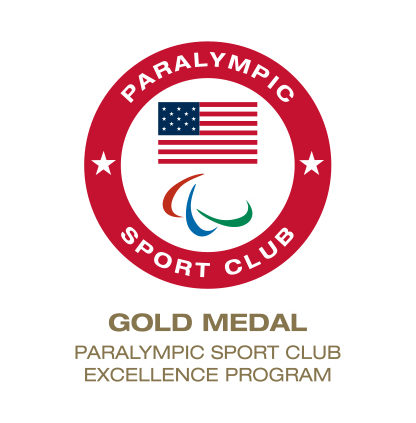 COLORADO SPRINGS, Colorado ― U.S. Paralympics, a division of the United States Olympic Committee, today announced that Bridge II Sports has been recognized as a GOLD level club as a part of the Paralympic Sport Club Excellence Program, which also recognizes 65 other clubs across the country. Created in 2013, the excellence program is designed to support Paralympic Sport Clubs as they evolve their sport programming in areas such as athlete identification and coaching education, and recognize their contributions to growing the Paralympic movement in the United States.

“Paralympic Sport Clubs are critical not only for the development of athletes but also for the growth of the Paralympic movement in the United States,” said Rick Adams, chief of Paralympic sport and NGB organizational development. “We are grateful for the investment these Paralympic Sports Clubs have made in their communities and we are proud to honor their commitment to excellence in supporting future Paralympic athletes.”

The multi-tier excellence program has benchmarks at the bronze, silver and gold levels to give participating clubs a blueprint for transitioning from a basic provider (bronze level) to an elite provider (gold level) of Paralympic programming. After a Paralympic Sport Club completes a level, the club will be eligible to receive recognition and an award designated for the bronze, silver or gold level. Clubs designated as gold or silver receive a stipend for programming, while bronze-level clubs receive recognition banners.

“We are honored to have earned the distinction of Gold Level Paralympic Sport Club.  The US Paralympics have been a long-term collaborator and supporter.  The spirit of competition empowers us all to strive to be the best.  As a Gold Level Sport Club we will continue the growth of adapted sports in North Carolina and strengthening the Paralympic movement!” stated Ashley Thomas, Founder and Executive Director of Bridge II Sports.

When the program launched in 2013, 24 programs were recognized. This year, an additional 15 clubs across the country achieved excellence for the first time or moved up a level from 2015. These 15 clubs are:

Recognition levels are valid through the end of the quadrennial, but clubs have the option to move up the following year.

Participation is open and voluntary to all Paralympic Sport Clubs. All participating clubs must start at the bronze level before moving to the silver and gold levels.

U.S. Paralympics, a division of the USOC, is dedicated to becoming the world leader in the Paralympic sports movement and to promoting excellence in the lives of persons with physical disabilities. Visit the U.S. Paralympics Web site at www.usparalympics.org.

Bridge II Sports is a North Carolina non-profit organization dedicated to developing and implementing opportunities for children and adults with physical disabilities to realize their potential through sports participation.  Through adapted sports programming, special events, awareness initiatives and team development Bridge II Sports aims to empower persons with physical disabilities to discover “the player within” and change community perceptions of disability.  Bridge II Sports is proud to host and coordinate Valor Games Southeast-  a three day introductory adapted sports competition for over 100 Veterans and members of the Armed Forces with disabilities.  For more information on Bridge II Sports and Valor Games Southeast visit  www.bridge2sports.org