This has been a banner year for Bridge II Sports tandem cycling…thanks in large part to a dedicated and growing group of volunteers led by Robert Nash.

Robert has been a long time Bridge II Sports volunteer and tandem cyclist. He has trained with BIIS athlete DJ Robinson and supports him every mile of the way on his continuing journey toward his Paralymic goals. (Check out this incredible piece on DJ and Robert from CBS17 Jeff Jones)

As program staff were preparing for the 2018 BIIS cycling season they called on Robert for assistance in strengthening the tandem program and the volunteer base. Robert took the ball and ran with it- recruiting 20 cycling enthusiasts through word-of-mouth and postings to local cycling groups.  Each of the new volunteers is trained in tandem cycling and prepared to serve as a road volunteer or captain to pilot for a BIIS athlete with a visual impairment. Robert was also instrumental in increasing the size of the tandem fleet from 2 to 8 cycles allowing more athletes to ride.

“Our cycling volunteers have put in over 305 hours this season! They have become the backbone of this program. Every cycling event, our athletes with visual impairments come back and ask specifically for which captain they want to ride with” stated BIIS Program Cultivator Jon Youngblood.

Robert added “Jon and I routinely get calls from individuals that have heard about the program and want to get involved.  It has been most rewarding witnessing the relationships and comradery that have developed between our Tandem Captains and BIIS athletes.”

Fifteen athletes with visual impairments have been introduced to tandem cycling since April.  At the request of the athletes an additional 5 ‘Cycling Saturdays’ were added to the originally scheduled 8 events this season!

The true success of the program though lies in the impact made one ride at a time.

As one BIIS athlete put it ” Tandem cycling is different.  I can feel the air in my face, hear the birds and people as we ride by.  There is an energy to being outside– makes me feel alive.”
It’s a desire to share that feeling that motivates our very dedicated crew of tandem volunteers to share their passion, expertise and Saturday mornings with us on the Durham Greenway.

If you would like to learn more about the tandem cycling program or volunteer with any of our Bridge II Sports programs please contact Wes Hall, Director of Programs at wesh@bridge2sports.org 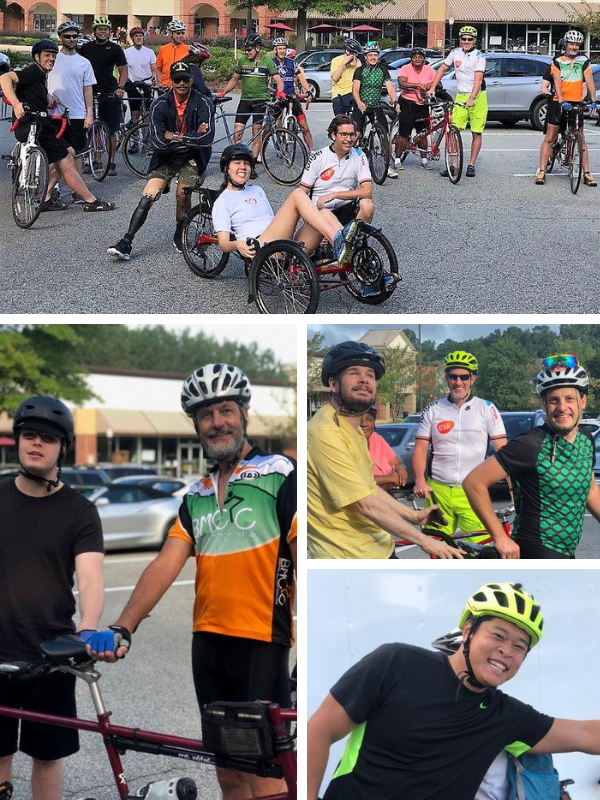